In years past, gathering evidence for a personal injury case was trickier than it is now. It relied largely on witness testimony, and there was rarely video evidence to back up the claims being made. Today, that’s all changed. Between smart phones, doorbell cameras, body cams, and security systems, there are cameras everywhere! Obviously, this is a boon for personal injury attorneys and auto accident lawyers. There’s one caveat, though: video evidence isn’t available forever, so if you have been injured, it’s imperative that you seek counsel even more promptly than you would have in the past.

Here are some examples of videos that have been helpful in pursuing personal injury cases:

Are motor vehicle accidents the only accidents captured by cameras? Certainly not! In many cases, a business’s own security camera reveals negligence that supports the claims in a personal injury case. It could be a wet floor at the entrance of a store where there should have been a floor mat, or perhaps evidence of a tripping hazard that led to a trip and fall case.

All around us, there are police body cameras, dash cameras, doorbell cameras, and surveillance cameras. In many cases, though, these recordings are only kept for very short periods of time. It’s essential, then, to obtain evidence as quickly as possible, before it’s deleted, or someone records over it.

In some cases, it can be difficult to obtain this footage. Personal injury attorneys and auto accident lawyers, however, know which steps to take to procure the videos before it’s too late. Whether it’s sending a preservation letter, reaching out to the police officers, or issuing FOIA requests, they can get the job done, but only if you contact them early enough. The person who has been injured and is seeking compensation carries the burden of proving what transpired, so it’s crucial to get in touch with someone who knows how to get the footage that can be the difference between winning and losing the case.

Having an experienced attorney on your side can help you make the most of the evidence available in your case so that you get a good outcome and the compensation you deserve. For help with your personal injury claim, contact the Law Firm of Kevin Paul Childers.  Since 1990, we’ve been committed to providing important legal guidance, paying close attention to each case, and giving one-on-one treatment to each of our clients. Our lawyers are among the best in Virginia, and we’ll put our more than 100 years of collective experience to work for you. Contact us for a free case analysis or call (703) 636-2182 today. 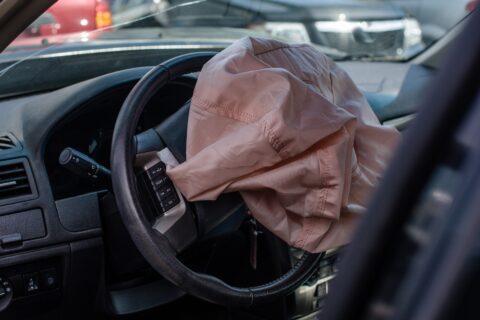 Football is a popular pastime in the United States, with the NFL peaking at $15.3 billion in revenue in 2019. Even during the coronavirus pandemic in…

Read More
Recent Posts
Categories
Back to the top